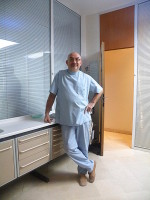 He practiced in general dentistry for a year and then decided to specialize in Prothetic dentistry in the United States.

He accomplished a post-graduate program at Marquette University School of Dentitry, Milwaukee, WI, with a two-year Certificate of Prosthodontics and a Master of Science. During his three year residency, he was a clinical dental Assistant.

His two key words are perfection and conviviality﻿ 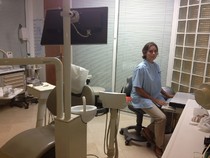 We will do everything we can to please you. You will relax listening to music or watching a movie while we will be performing dental work in your mouth. No stress at all, no pain and you will forget that you are sitting in a dental chair....